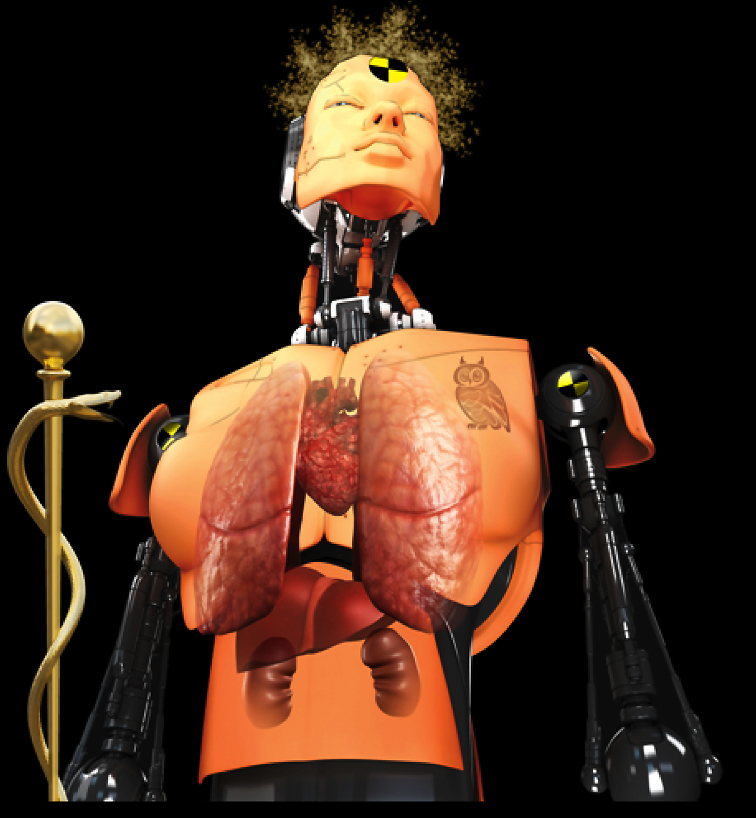 Creating surrogate human organs, coupled with insights from highly sensitive mass spectrometry technologies, a new project is on the brink of revolutionizing the way we screen new drugs and toxic agents.

ATHENA, the Advanced Tissue-engineered Human Ectypal Network Analyzer project team, is developing four human organ constructs – liver, heart, lung and kidney – that are based on a significantly miniaturized platform. Each organ component will be about the size of a smartphone screen, and the whole ATHENA “body” of interconnected organs would fit neatly on a desk.

“By developing this ‘homo minutus,’ we are stepping beyond the need for animal or Petri dish testing: There are huge benefits in developing drug and toxicity analysis systems that can mimic the response of actual human organs,” said Rashi Iyer, a senior scientist at Los Alamos National Laboratory, the lead laboratory on the five-year, $19 million multi-institutional effort. The project is supported by the Defense Threat Reduction Agency (DTRA).

“By creating a holistic dynamic system that more realistically mimics the human physiological environment than static human cells in a dish, we can understand chemical effects on human organs as never before,” she said. “The ultimate goal is to build a lung that breathes, a heart that pumps, a liver that metabolizes and a kidney that excretes -– all connected by a tubing infrastructure much akin to the way blood vessels connect our organs. While some skeptics might believe that this is a utopian dream,” she said, “the team is confident that this is indeed achievable.”

Some 40 percent of pharmaceuticals fail their clinical trials, Iyer noted, and there are thousands of chemicals whose effects on humans are simply unknown. Providing a realistic, cost-effective and rapid screening system such as ATHENA with high-throughput capabilities could provide major benefits to the medical field, screening more accurately and offering a greater chance of clinical trial success.

Results from the project’s Vanderbilt University effort on the ATHENA perfusion system will be presented at the Society of Toxicology meeting this week in Phoenix by co-principal investigator John Wikswo. Successful development and analysis of a human liver organ construct — that responds to exposure to a toxic chemical much like a real liver – is described in a presentation reported by the Gordon A. Cain University Professor and Director of the Vanderbilt Institute for Integrative Biosystems Research and Education (VIIBRE) at Vanderbilt University.

“We spent a bit of time analyzing the challenges in building miniature human organ constructs, and we believe we’ve figured out how to capture the key features we need,” said Wikswo. “There are a lot of trade-offs, and we’re not trying to build an exact replica of a human liver, but an in vitro model that allows us to measure human liver responses to drugs and toxins that cannot be replicated by a layer of cells growing on plastic.”

The ATHENA project brings together top capabilities and researchers in this pioneering field of research. The project components are divided as follows:

And as Iyer puts it “a system is only as good as its analytical strength. . . the ion mobility mass spectrometry capability being developed by VU’s John McLean with a parallel capability at Los Alamos, lead by Srinivas Iyer, ensures an unprecedented ability to interrogate the system and obtain valuable data.”

Successful integration of the Charité-developed liver organ construct into the VIIBRE built ATHENA perfusion system was demonstrated to DTRA recently. The team expects to connect the liver and the heart constructs this winter followed by the lung and finally the kidney.