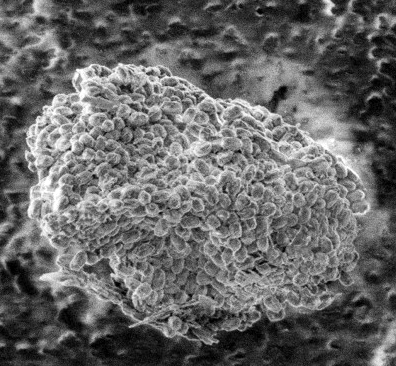 The Centers for Disease Control and Prevention (CDC) said earlier today that as many as 75 scientists working in CDC laboratories in Atlanta, Ga., may have been exposed to live anthrax bacteria after researchers deviated from established pathogen handling procedures.

The scientists are now being treated to prevent infection. The New York Times reports that so far none of the scientists has exhibited any symptoms. The exposure occurred after researchers working in a high-level biosecurity laboratory located at the CDC’s Atlanta campus failed to follow proper procedures to inactivate the bacteria. They compounded this initial error by moving the samples, which may have included live bacteria, to lower-security CDC labs not equipped to handle live anthrax. Scientists working in the lower security lab do not wear the protective gear necessary when handling live anthrax bacteria.

Thomas Skinner, CDC spokesman, said that “the likelihood that anyone was actually exposed is very small.”

Dr. Paul Meechan, director of the environmental health and safety compliance office at the CDC, was quoted by the Guardian to say that the CDC discovered the potential exposure on the evening of Friday, June 13, and immediately began contacting individuals who worked in the labs who may have handled live anthrax bacteria.

“No employee has shown any symptoms of anthrax illness,” Meechan said.

Meechan said that it was likely that only seven researchers may have directly handled the live anthrax, but the agency is casting as wide a net as possible to make sure all employees at the agency who may have walked into any of the labs at risk are being offered treatment.

He said that around 75 individuals are being offered a 60-day course of treatment with the antibiotic ciprofloxacin, as well as an injection with an anthrax vaccine.

Meechan told the Guardian it is too early to determine whether the transfer was accidental or intentional. He said that all employees who were doing procedures to inactivate the bacteria were working in a highly secure biolab and were “tier one select agent approved,” meaning that they had undergone a security reliability review and deemed to be “stable, trustworthy individuals.”

Meechan added that the CDC is conducting an internal investigation to discover how the exposure occurred and said disciplinary measures would be taken if warranted.

“This should not have happened,” he said. For those exposed, he said, “We’re taking care of it. We will not let our people be at risk.”