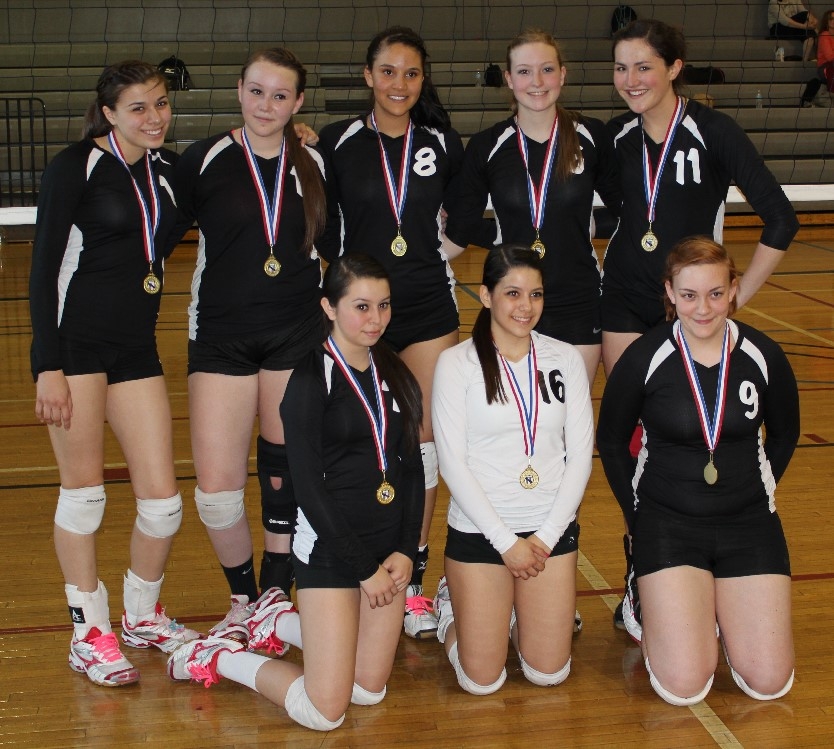 At stake was an invitation to the AAU National Tournament in Orlando, Fla. The team faced its toughest competition of the season.

They finished 2nd in their pool with a compiled 4-2 record. They dropped two games to the SUVA team from Utah.

Unfortunately, this placed them on the same side of the Championship bracket with the SUVA team.

This set-up a rematch with the SUVA team in the semi-final match. The ARRIBA players came out swinging and played great defense.

The team also served incredibly tough. This helped them keep the bigger SUVA team on their heels, and they completely dominated game 1. Game 2 was much closer but the relentless serving and fast paced offense helped them to dispose of the tough SUVA team in two straight games.

In the Championship, they played a very talented SYNERGY team from Oakland, Calif.

They won the Championship match 2-1 and earned a bid to the AAU National Tournament in June.

The team has really come together over the last couple of months. They have now won three tournaments this year in Denver, Albuquerque and now Las Vegas, Nev.