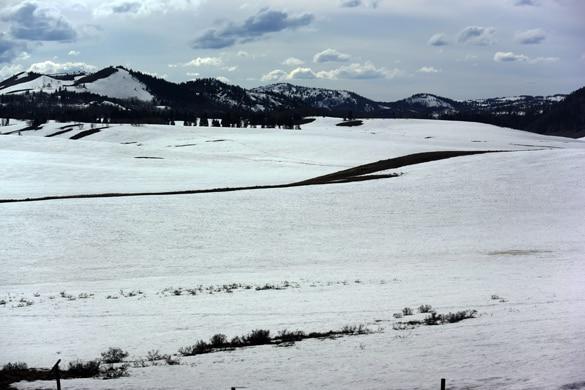 Snowpack April 23, 2017 along US Highway 64. Photo by George Morse/ladailypost.com 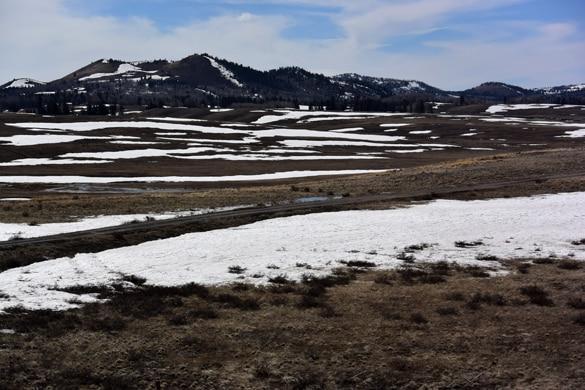 A recent trip across the high country of Northern New Mexico on US Highway 64 between Tres Piedras and Tierra Amarilla provided a sobering picture of the effects of the dry winter that has recently ended and it wasn’t pretty. It stood in sharp contrast to last year’s above-average snowpack and healthy spring runoff.

The beautiful Rio Tusas river valley that Highway 64 parallels for several miles shows no more snow and the Rio Tusas running low, while last year plenty of snow remained and the river was overflowing its banks.

At Hopewell Lake, the ice is mostly melted and there’s plenty of open water for fishermen. While last year the lake was mostly still frozen and surrounded by deep snow at this time. This year the snow is rapidly receding and there’s plenty of bare ground. The Snow Survey measuring station maintained by the National Resources Conservation Service measured the Snow Water Equivalent (the amount of water contained in the snowpack) at a meager 28-percent of median. Last year, the figures were above the median.

Dropping down into the beautiful Chama River valley, snow disappears and streams that were overflowing their banks a year ago are running low. Beautiful Brazos Falls, which is the biggest waterfall in the state but is seasonal in nature, is running now. It may dry up sooner than normal. Best to go now to see it given the lack of snow in the high country that feeds it.

Overall, the Rio Chama River Basin, of which Hopewell is a part of, has a Snow Water Equivalent of just 27-percent of median. With reservoirs like Heron Lake, El Vado Lake and Abiquiu Lake storing water well-below their capacity and releasing more water than is flowing in, water levels should drop quickly as the weather heats up.

Over on the Rio Grande River Basin, which extends well into Southern Colorado, the Snow Water Equivalent is at 39-percent across the Basin and streamflows are exceedingly low for this time of year. At Cerro, where the Rio Grande enters New Mexico from Colorado, the flow is just 113 cubic-feet-per second, while at Taos Junction Bridge the streamflow is just 243 cubic-feet-per second. The outlook for higher flows isn’t promising. In the Sangre de Cristo Basins where tributaries of the Rio Grande like the Red River, Rio Hondo, Rio Pueblo de Taos and Embudo Creek are, the Snow Water Equivalent is a shocking 6-percent of median.

It promises to be a challenging year for water managers throughout the state to provide enough water for irrigation and municipalities. From the hay pastures and orchards of Northern New Mexico to the chile fields and pecan trees of Southern New Mexico, farmers and ranchers will have their hands full this year trying to keep their crops growing and producing this season. 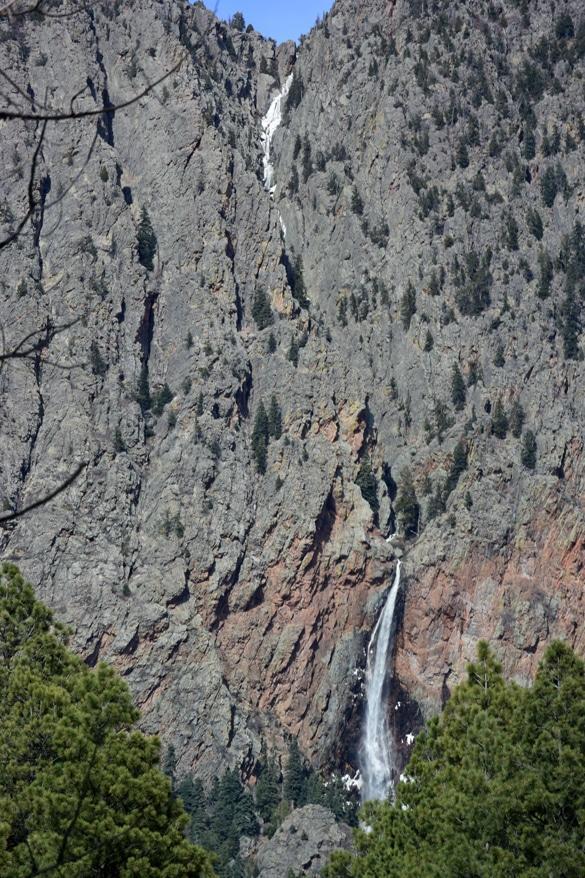 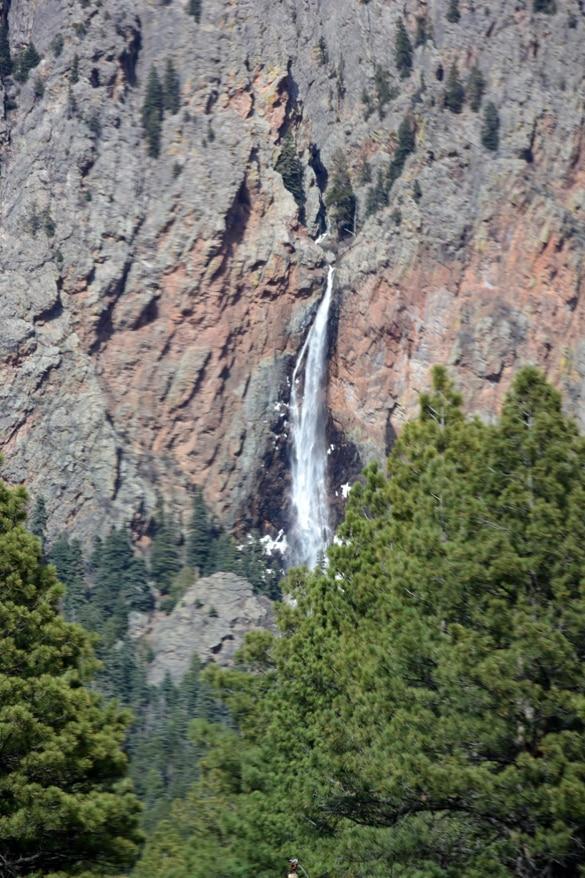 Brazos Falls is flowing near Tierra Amarilla in the Chama River Valley. This seasonal waterfall is dependent on spring runoff from the melting snowpack and may soon dry up. Photo by George Morse/ladailypost.com