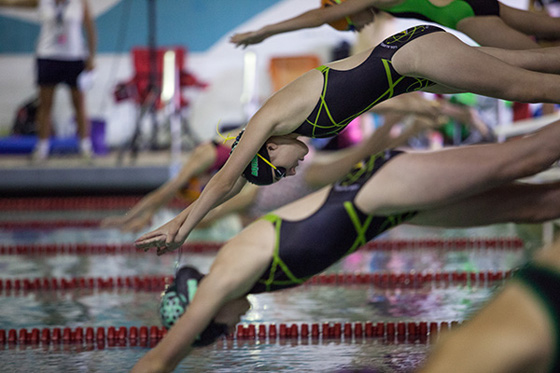 LAA swimmers get off to a great start. Photo by Doug Wedman 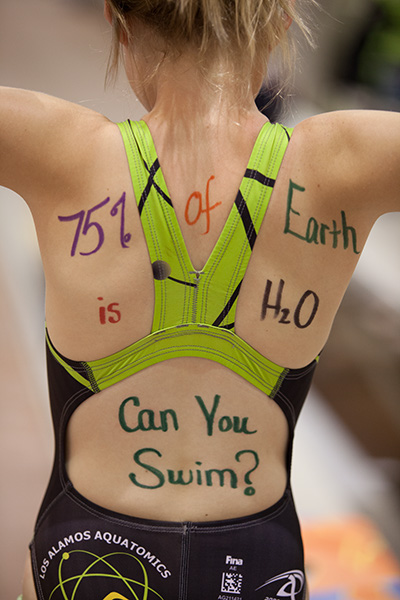 This annual meet is dedicated to Nick Nogar, a former Los Alamos High School, University of New Mexico, and US Masters swimmer, who was a devoted and beloved supporter of swimming.

New to the Nick Nogar Meet this year was the addition of a 50 Meter Freestyle “Shoot-Out” event. Top seeded swimmers competed one-on-one in elimination rounds to determine the “King and Queen of the Hill.”

Crowned Queen and King, in the 13-14 age group, were Aquatomics Kaitlin Bennett (LAA) and Alex Jaegers (LAA). In the 15-18 age group, Sarah Lott (CAQ) and Brice Melugin (VAST) were crowned.

Aquatomics swimmers performed extremely well over the weekend, earning 11 top prize High Point Awards for their overall performances. High Points are awarded based on a swimmer’s ranking in each of their individual events.

This weekend marked the Aquatomics first home meet with new head coach John Murphy. CoachMurphy, who describes himself as a student of the sport of swimming, was a member of the 1972 Olympic Team, earning a gold medal and World Record as a member of the 4×100 meter freestyle relay along with Mark Spitz, David Edgar, and Jerry Heidenreich.

In addition, Murphy earned an individual bronze medal for his 100 meter backstroke in the same Games. Coach Murphy began coaching in Santa Fe in the mid-1980s and most recently, had six very successful years as the head coach for the Santa Fe Blue Sharks, which merged with LOBO Swim Team in 2011.

The Los Alamos Aquatomics would like to thank all the volunteers who helped make hosting the Nick Nogar Memorial Invitational possible. It was a weekend of great camaraderie, many best times, and money raised to aid in the fight against cancer through the American Cancer Society, Lisa Jaegers of the Aquatomics Board said. 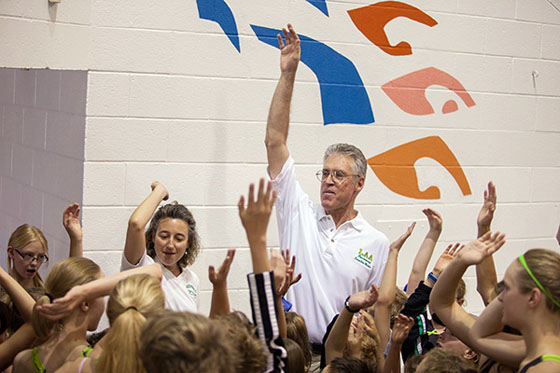