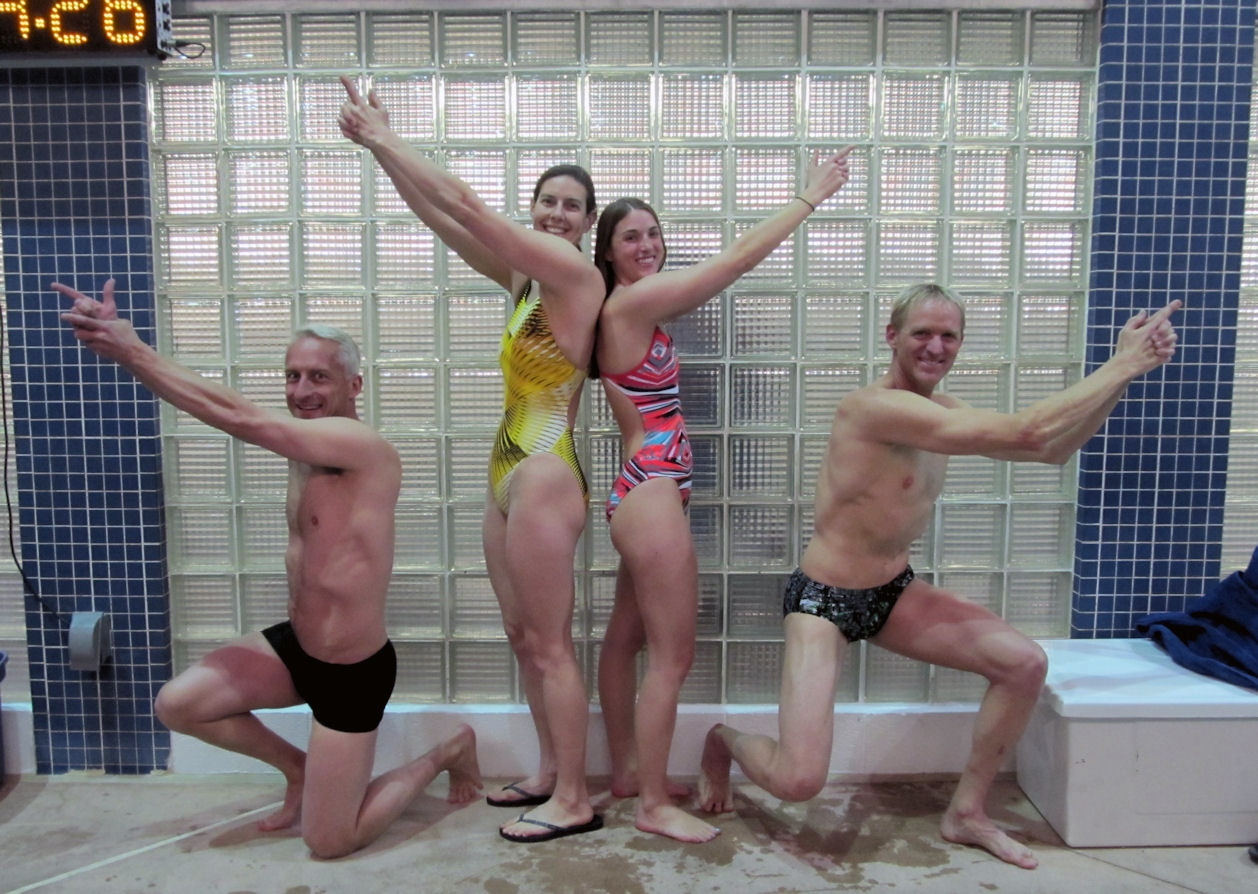 The Los Alamos Aquatomics swim team hosted a meet at the Larry R. Walkup Aquatic Center Jan. 26-27. This meet was open not only to age-group club swimmers from around New Mexico, but Master swimmers as well.

Charger Aquatics took advantage of this to put its best-of-the-best swimmers from the club team against its more seasoned Masters team in a relay race that would determine bragging rights on the pool deck (for at least the next year.)

Anticipation was high and the margins too close to call as the first swimmers jumped into the water to begin the competition. Kevin Henderson (former Stanford University swimmer, Olympic Trials qualifier, and father of two Charger swimmers) got the Master’s team off to an early lead in his backstroke swim against high school junior, Maria Venneri.

Connor Schultz, also a high school junior, was able to get back a little more than a second in the breaststroke leg of the race against Kara Leasure (former Bates College swimmer and current Charger Aquatics coach.)

The gap was negated, finally putting the youth in the lead by four-tenths of a second, when Sam Harris (a high school sophomore) delivered a fantastic butterfly swim against Karen Henderson (former Notre Dame swimmer, mother of two, and another Charger Aquatics coach.)

In the end, it came down to the last two swimmers to decide the victory between the teens and the adults. Leaving the blocks simultaneously, Dane Spearing (a Leader for Boy Scout Troop 22 and father of two) battled it out with Sarah Lott (high school freshman) in the final freestyle leg of the race.

In a nail-biting sprint from start to finish, Dane was able to claim victory for the Charger’s Masters team. Way to go Masters and good job by the youngsters – you’ll get them next year! 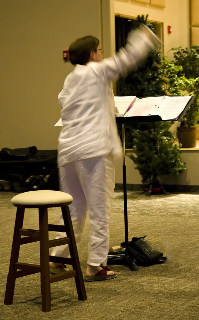 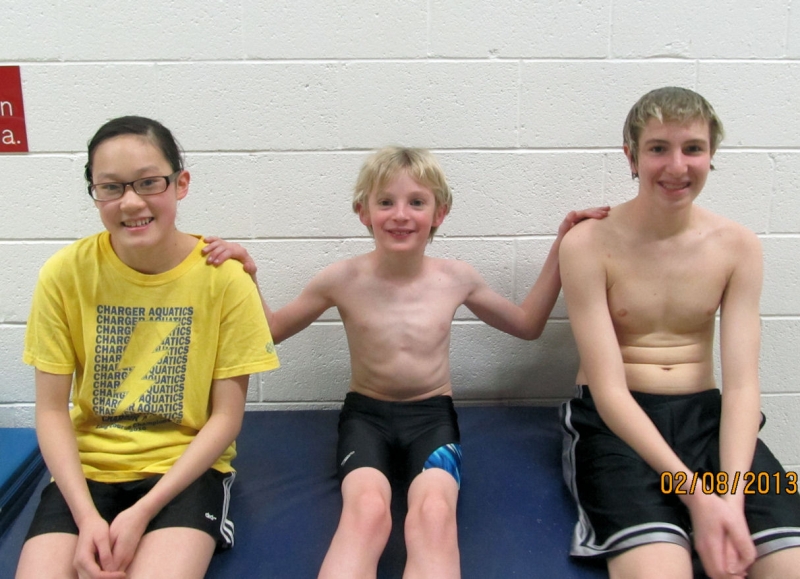