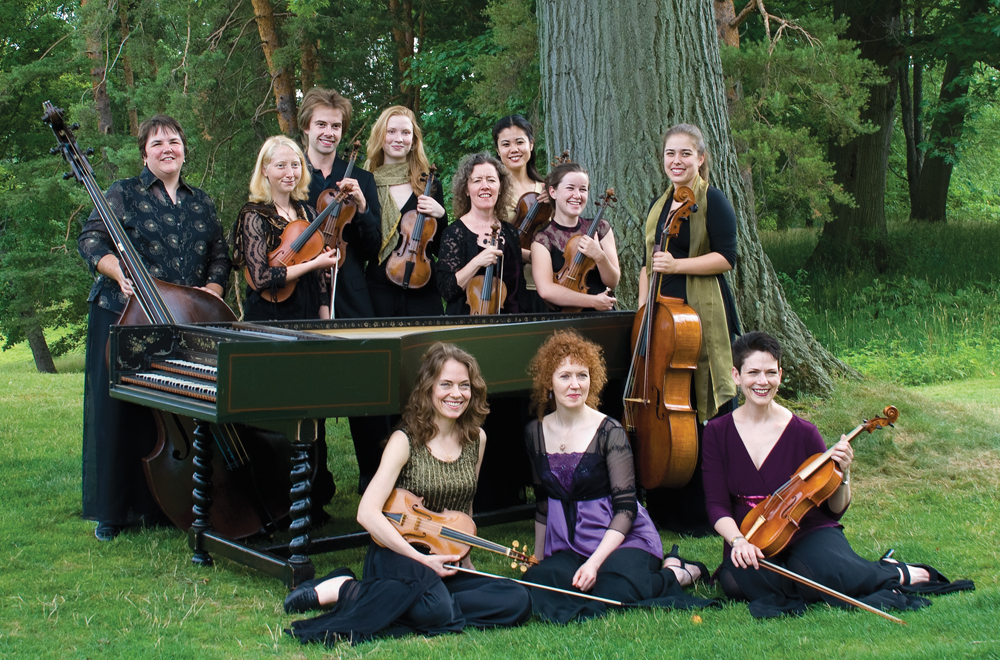 The Brandenburg Concertos by Johann Sebastian Bach have proven their extraordinary power to move, delight and captivate audiences for 250 years. Apollo’s Fire, the Cleveland Baroque Orchestra, will bring these iconic works to Los Alamos at 4 p.m. Sunday, Oct. 27 at the Smith Auditorium. This performance is the second event in the Los Alamos Concert Association’s 2013-14 Season.

Award-winning harpsichordist and conductor Jeannette Sorrell will lead her 16-member ensemble in five of the six concertos commissioned in 1719 by Margrave Christian Ludwig of Brandenburg. Christian Ludwig never arranged for a performance of the concertos, nor did he pay or even thank Bach for this magnificent collection.  Audiences, however, continue to be grateful.

Much of the appeal of these concertos as a group is the variety of instrumentation. Concerto No. 2 is a tour de force for the solo trumpet. Concerto No.3 is for strings alone and treats each of the instruments as an equal soloist. Violin and recorder share the spotlight in the fourth concerto.  Harpsichord and flute begin Concerto No. 5 by passing phrases back and forth but the harpsichord takes center stage in the virtuosic final movement. Two violas exchange solos in Concerto No.6.

Only Concerto No. 1 for strings and winds will be omitted from this  program to keep the length of the concert reasonable.

Named for the classical god of music and the sun, Apollo’s Fire was founded in 1992. Now hailed as one of the world’s most respected period-instrument ensembles, it enjoys sold-out performances at its home base in Cleveland. A 2010 London debut in Wigmore Hall was sold out and was broadcast by the BBC to much acclaim. Returning to Europe in 2011, the ensemble played to standing ovations in Madrid, Bordeaux, Lisbon, and Metz.

Frequent North American tours have included appearances at the Aspen Music Festival, the Boston Early Music Festival and the Library of Congress. The ensemble last appeared in Los Alamos in 1999. Apollo’s Fire has released 20 commercial CDs, and currently records for the British label AVIE. Four of the ensemble’s CD releases have become best-sellers on the classical Billboard chart including a recent recording of the Brandenburg Concertos.

Apollo’s Fire CDs will be available for sale in the Smith lobby during the concert’s intermission. CDs can also be purchase through LACA’s web site. All sales benefit the Los Alamos Concert Association.

The Los Alamos Concert Association presents five concerts each year featuring musical artists who have made their mark in great concert halls around the world. One unique aspect of LACA’s service to the community is its program of free tickets for young people. Young people ages six through 18 are always admitted free of charge to LACA concerts making these events a great bargain for families and a wonderful way to introduce children to great music.

Tickets for adults at $30 and free youth tickets are available for purchase at CB FOX and Smith’s in both Los Alamos and White Rock. Adult tickets may also be purchased at the Lensic box office in Santa Fe and online through LACA’s website: http://www.losalamosconcert.org. Tickets at the door are $35.