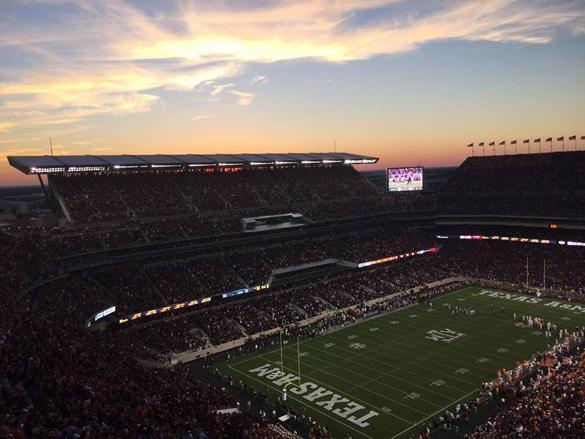 Courtesy/Evelyn Mullen‎
AGGIE News:
Muster will be held at 5:30 p.m. Saturday in Craig Hall at the United Church at 2525 Canyon Road in Los Alamos.
The event is $12 per person and $5 for children under 12 years of age, with no more than $30 per family, and includes a BBQ dinner along with desserts.
To RSVP, call Elizabeth Smith ’15 at 210.544.1162 or email smit41616@gmail.com.
The Muster Tradition

Century-old roots provide the basis for Muster as Aggies know it today. It has changed, yet the Spirit in which it was established remains the same. Since the founding of Texas A&M, every Aggie has lived and become a part of the Aggie Spirit. What we feel today is not just the camaraderie of fellow Aggies, it is the Spirit of hundreds of thousands of Aggies who have gone before us, and who will come after us. Muster is how that Spirit is remembered andcelebrated, and it will always continue to unite Texas A&M and the Aggie family. A&M may change, but the Spirit never will.

Aggies gathered together on June 26, 1883, to live over again their college days, the victories and defeats won and lost upon the drill field and in the classroom. By April 21, 1903, this annual gathering evolved into a celebration of Texas Independence on San Jacinto Day. These early meetings included field games and banquets for Aggies to reflect and celebrate their memories of Aggieland. “Let every alumni answer a roll call,” wrote the Former Students. It was not until 1922, however, that April 21 became the official day of events for all Aggies; thus, the annual tradition of Muster was born. The March 1923 Texas Aggie urged, “If there is an A&M man in one hundred miles of you, you are expected to get together, eat a little, and live over the days you spent at the A&M College of Texas.”

Still remembering and honoring the time spent in Aggieland, the tradition of Muster has grown in strength, in meaning, and in spirit. By 1929, the meetings had spread worldwide, and in 1942 Aggie Muster gained international recognition. Twenty-five men, led by General George Moore ’08, Mustered during the Japanese siege of the Philippine island of Corregidor. Knowing that Muster might soon be called for them, these Aggies embodied the commitment, dedication, and friendship that is the essence of the Aggie Spirit. They risked their lives to honor their beliefs and values. That small group of Aggies on an outpost during World War II inspired what has developed into one of our greatest traditions.

Muster is celebrated in more than 300 locations worldwide, with the largest ceremony taking place on the Texas A&M campus in College Station. The ceremony brings together more Aggies worldwide on one occasion than any other event.

We gather here to mark the day Aggies proudly stand.
To honor those who’ve gone before to the promised land.
Each name is called upon the roll, comrades answer “Here.”
Trumpets sound their sad good-bye to those we held so dear.
All heads are bowed in silent pledge never to forget.
While rifles fire their last salute echoes answer yet.
To their mem’ry we’ll be true; we will take their place.
One for all and all for one ever in Thy grace.
We’ll meet again another day, reunion while we pray
To ask Thy blessing on each one on this Muster day,
Aggie Muster Day. –Mrs. Earl (Margaret) Rudder