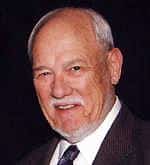 In Part One of this series, we ended with a question of when life begins. It can be argued that the answer affects moral and ethical principles of not just the individual, but the collective organization called society.

Buried in this perspective is another ill-defined term – a society. Is it private or public, is it a large or small group, or is it some interwoven amalgamation of an integral entity? For this part, let us view it as a governmental entity recognizing that all citizens in the entity are part of the government.

The population of the United States is around 325 million people, each with their individual foundations of integrity. Clearly some of these people (children) are learning or being instilled with their moral and ethical principles (integrity) to eventually emerge as full citizens.

The children are learning from the rest of the collective body that is continually debating the foundational moral and ethical principles through the creation of rules, policies, and laws. Note the word debating. This implies that the principles are changing or evolving as well as the moral and ethical foundation of what is imbued into the emerging group called children. Integrity is not static.

to select individuals to act on the behalf of the majority or are they supposed to act on behalf of everyone in the electoral region? Clearly, the integrity, individually and collectively, of the elected officials is central to the collective integrity of the societal body. Of course, not all of the rules, regulations, and laws have significant integrity implications. The word “significant” is important because every decision made for the collective body has differing implications for every individual.

In the Pledge of Allegiance of the United States are the words “under God,” added in 1954. I remember reciting the pledge without the words. Two years later a joint resolution was passed by the 84th Congress and signed by then President Dwight Eisenhower that “In God We Trust” must appear on all U.S. currency.

It is important to note that the Constitution does not specifically state separation of church and state. Article Six of the Constitution does state that “no religious Test shall ever be required as a Qualification to any Office or public Trust under the United Sates.” The actual phrase “separation of church and states” is attributed to Thomas Jefferson in a letter dated January 1, 1802. While religion is not the basis of integrity, it defines certain principles inculcated during growth. The point is that there is no evaluation of an elected official’s integrity as a qualification to hold office.

Beyond elected officials are the many appointed or “hired” officials that make choices in executing their responsibilities. These people are executing, enforcing, and evaluating the laws and rules established by the empowered, elected body. Today we hear an overwhelming array of opinions challenging enforcement and regulation, citing or challenging foundational beliefs, supposedly moral and ethical principles. Do the “opinionators” really hold and understand these beliefs, have they really contemplated them, and where did they get them

When I went to college I accepted an honor code that a cadet will not lie, cheat or steal. Did I really understand the words? At the broad or top level the words were (are) very clear and easily understood. Yet as an example, in my opinion everyone lies several times a day. You say “fine, thank you” when asked how your day is going even though it has been a tough one. You work for an intelligence agency and are restricted from disclosing some information. You are running for office and asked a question about which you have no knowledge. But you cannot say you do not know – the “truthful” answer. So you do your best to respond with fabrication. Have you lied or have you modified your perception of the foundational moral and ethical principles? Did you answer with integrity or evolving integrity?

In the previous column I asked the question of when life begins. This question leads to the definition of murder. As a society we believe that murder is intentionally taking a life when unnecessary. If something is not alive, it cannot be murdered.

But what are our responsibilities for our actions that may have caused something? What are our moral and ethical principles in the conduct of our lives? Where do we really get them and how do we apply them? Do we always choose the harder right over the easier wrong or do we compromise our integrity for personal reasons? What do you believe and what do you think and what do you know?