An Open Book: What A Great World Cup! 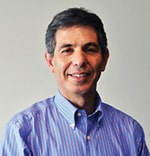 To call me a fair-weather soccer fan is an understatement. My interest in the sport is resuscitated during the World Cup, but in the four intervening years, it seems to hibernate, maybe awakened during the Women’s World Cup if we’re in it which, fortunately, we often are. The rest of the quadrennial, I’m an embarrassment to my brother, my children, and most of all, to my native country, Uruguay. When I took my family to visit my birthplace, I prepared them for the inevitable questions by cousins about life in the U.S. But I also equipped them with some unsolicited facts that would immediately endear them to their distant relatives. The George Washington of Uruguay? Answer: Jose Gervasio Artigas. But, most importantly, notable World Cup moments in Uruguay history. When did Uruguay win the World Cup? Answer:  the inaugural competition in 1930, and the historic 1950 tournament. Extra credit? Beat Argentina in 1930, Brazil in 1950. Armed with these facts, our trip was, shall we say, a blow-out.

I took four years of French in high school, Paris is on my bucket list, and I’ll eat as many croissants as Marcel and Stephanie of the local Fleur de Lys french shop can make, but at this year’s final, I was nevertheless rooting for Croatia instead of the “Les Bleus.” Croatia had never advanced so far; it featured several players who had been displaced as youth across Europe because of the Balkans War; and it was the second smallest country ever to advance to the finals. There’s even a connection to Los Alamos:  Croatian President Kolinda Grabar-Kitarović graduated from Los Alamos High School in 1986 as a foreign exchange student and was in the skybox during the game near French President Macron, presumably representing both Croatia and Los Alamos, NM.

My fickle support for the game doesn’t qualify me to explain the game’s excitement, with its sometime slow pace, and sometime low, or nil, score (OK, I find it boring too sometimes). However, there are plenty of people, and I assure you, Marcel and Stephanie of Fleur de Lys, are two of them, who for the next few days can wax poetic about it all, after France’s win. Russia’s unlikely run to the semi-finals. Argentina’s heartbreak while led by the world’s best player. Germany’s sinking in the group stage. France’s slow crescendo of improvement toward a triumphant finish. But still, my favorite is Croatia’s spunky team, rising above a history of war and displacement, to reach the highest echelons of the game. How could one talk about anything else?

Unless it is the retelling of the unlikely, heroic, and immortal story of the very smallest country ever to reach, and even more miraculously win, the World Cup finals, which, if I recall correctly, occurred in 1930 against Argentina, and in 1950 against Brazil.