An Open Book: The Faithful Martian 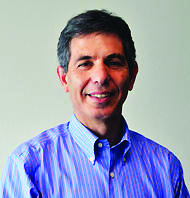 I’ve wanted to write this ever since I saw “The Martian” at the Reel Deal a few weeks. If you haven’t seen it, it is a great flick about an astronaut who is stranded in Mars for years and is left to his technical knowledge  (“I’m going to have to science the $&@$ out of this”) to find a way to survive until he can be rescued.

What added to the enjoyment of watching this movie was the presence of Drew Goddard. He is the movie scriptwriter who grew up in Los Alamos, and who spoke briefly before and after the showing. As well as this being a “love story to his hometown”, he mentioned that one of the themes of the movie was a faith in science. What does faith in science mean? Well, we’ve talked about babies, philosophy of life, our new library. It’s time we geeked out, don’t you think?

One can have faith in God, faith in America, faith in democracy. If faith is unconditional trust in someone or something, one may trust that God will be just (and merciful!), trust that America will surmount danger, or even that democracy is the fairest, ultimate political system that all people should aspire to.

But faith in science? Our astronaut in Mars had an unrelenting trust that there was a scientific solution to his continual crises, so maybe that’s what is meant by faith in science; that we will eventually understand the scientific underpinnings of any mystery the universe presents to us. That faith, it turns out, is not very scientific.

One of the most famous correspondences in the history of math was written by one mathematician Goldbach to another named Euler, back in 1742. Euler is famous for too many things to mention, (the “e” in “e to the x” is named after him); Goldbach is most famous for being Euler’s pen pal.

In fact, no one has been able to prove this simple statement. It has been shown to be true up to about 1000000000000000000, but no one knows whether it holds for ALL numbers. And maybe no one will, because another very famous mathematician, Kurt Godel, proved in 1931, at the tender age of 25 no less, that some mathematical statements may be true, but cannot be proven to be so.

He did this by constructing a mathematical formula that essentially means “I am not provable.” Stick that in your pipe and smoke it!

So if some mathematical statements are not provable, and scientific theories are based on mathematics, how do we know that some true scientific relationships are also “unprovable”? Maybe the unexplained expansion of the universe that is causing so many physicists to tear their hair out, including some at our very own LANL, is one of these unprovable facts.

Or even more sobering, maybe the theory-of-everything that Einstein worked on unsuccessfully most of his life, is out there somewhere, but not only was Einstein not smart enough to find it, maybe our brains are anatomically inadequate to hold all the mathematics involved to understand it.

One of my favorite quotes is by Winston Churchill, who wrote that “I am an optimist. It doesn’t seem too much use to be anything else.” I don’t know if God is out there for me, whether the American experiment will succeed, or even whether scientific exploration will find a cure for disease, prevent climate change, or save me the next time I’m stuck on Mars.

But, as the man who rallied Britain to overcome the greatest threat in its history so aptly said, it doesn’t seem too much use to think otherwise. And if that isn’t faith, I don’t know what is.