An Open Book: Not In Our Stars, But In Ourselves 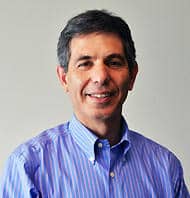 By DAVID IZRAELEVITZ
Los Alamos
“Men at some time are masters of their fates: The fault, dear Brutus, is not in our stars, But in ourselves, that we are underlings.” William Shakespeare
Walking home on a star-lit night recently, we stopped so I could dig out my handy iPhone app that would let us chart the constellations above us. Correlating star patterns against internet cloud-based catalogs, how distant we were from the wonder and mysticism of those ancients who wondered as they looked at these same constellations; those ancients, who could stare and memorize their positions and identify among the other thousands, five wandering stars moving preferentially across the heavenly spheres. They knew that certain alignments brought seasonal variations that controlled rain and temperature. How could one not assume, in those ancient days, that the same stars controlled our own seasons of life? Could one not be forgiven for seeing life as a predetermined script, known by the heavens if not by those of us below?
Our accomplishments are based on three factors: our natural ability, the fortune of our circumstances, and what strength we draw within ourselves to make the best of the first two factors. In typical nerd-dad fashion, I would tell my kids that our achievements are the product of these three factors, and while we cannot do anything about the first two multipliers, we can either work hard and magnify our potential, or we can waste whatever latent ability we have by doing little or no effort, because anything times zero is zero. Welcome to our dinner conversations.
My wife’s dinner-time strategy was much more delicate in inculcating parental advice. Her approach was of small but continual nudges toward achievement via a mixture of Jewish-Mother and Socratic discourse. Rather than a single magisterial pronouncement, she would lull our children into attentiveness by keeping them at the dinner table for friendly probing questions that encouraged their efforts and celebrated their achievements. This was strategically facilitated, I found out later, by green tea at the table served in strategically small cups. These small cups required multiple acts of kindness in the form of refill queries and pouring, prompting social interaction and conversation. By either approach, we sought to instill in our kids a feeling that they had some control over their future.
What a difficult lesson to internalize and to continually draw on. Life is full of setbacks, some fundamentally insurmountable, requiring us to adjust our expectations, look for a work around, admit a new goal altogether. Yet, how comforting it is to feel that there is always path ahead of us, some step that we can take that will make us, or others, or the world, a better place.
Those of us with an affinity for either Wikipedia or random pages of Encyclopedia Britannica, or both, may already be aware that January is named after Janus, the roman god of antiquity. He was the god of beginnings and endings, usually depicted having two faces, the second one facing backward so that he could see both where he was going, but also where he had been. Finding a path forward necessarily requires understanding how we got to where we are, why we are here, what good and bad decisions moved us to this place at this time. Circumstances moderated our success, but no one can say that their own decisions were irrelevant.
I started this column with a quote from Shakespeare. Let me close with one from my Jewish tradition, and one of my most favorite sayings. “You are not obligated to complete the task, but neither are you free to abandon it.” The common interpretation of the “task” is the Kabbalistic concept of repairing the world, as the world was created imperfect and incomplete, and one of our tasks, as partners in God’s continuing creation, is to add toward its perfection, even if this is a daunting, frustrating, and ultimately incompletable task.
Yet, as I write this column, I realized that the task left undefined by the Rabbis of old includes that of our own personal and continuing development. We are not obligated, in fact it cannot be expected, that we can erase all our faults, those of our circumstances or those of our own doing, but neither can we be absolved of the labor to improve upon what those conditions present to us. Janus sees the history that brought us to our current place in the world, but everyone has many, many possible roads ahead of them, and neither Janus, nor the stars, nor anyone else, can see ahead to the one we are to take. Step by step and burdened or blessed as we may be by our past travels, it is a road that we will chart on our own.
Happy New Year!
Menu
Los Alamos
39°
Fair
6:27am6:05pm MST
Feels like: 34°F
Wind: 9mph S
Humidity: 41%
Pressure: 30.37"Hg
UV index: 0
SatSunMon
54/36°F
61/41°F
61/39°F
Weather forecast Los Alamos, New Mexico ▸