An Open Book: June 21st Will Always Be My Father’s Day 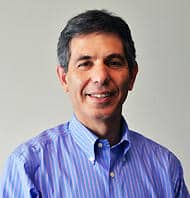 It’s been quite a while since I’ve sat down to write a column. For a variety of reasons, I have not had the frame of mind to share some thoughts with you. They are sometimes quite private, and the last few months have been just the opposite of private. However, June 21st is always a special day for me, as you will read below, and given the date and current news about immigration and families being separated, I recalled the column I wrote back in 2015 that I felt was appropriate to share. And, to all fathers and their families, Happy belated Father’s Day to all fathers and their children.

June 21st Will Always Be My Father’s Day

It wasn’t until I had done my own Father Day things this afternoon and sat down to pay bills, that I looked at the calendar and realized that today is the 21st of June. Even as Father’s Day bounces around the calendar so it can fall on the third Sunday of June, the precise day of June 21st is to me much more of a Father’s Day because on June 21st, 1971, I got my father back for good.

Simon first came to America in 1969. It was an act of desperation. Hyperinflation in Uruguay had wiped out all the savings he and my mother had accumulated knitting shawls and scarfs on hand-drawn looms for local clothing stores. Although he had always been resourceful, buying stands of lumber for future harvesting and sale in the big cities, or selling blankets door-to-door, or driving a taxi, it was knitting on a hand-pulled loom, a hobby my mother had taken up when she was housebound expecting me, that finally became a sustainable business for many years. My father most enjoyed designing sweaters with intricate designs, cones of thread that intertwined to become colorful clowns or train engines spewing smoke, but it was the simple pattern of shawls and scarfs that were economical to make and sell.  The rhythmic swishing of the shuttle in the Passap Duomatic looms, pushed left to right, right to left, was the music that filled our home when I was little. But when the bad times came, and shawls sold for less than the cost to buy the source thread, an inescapable downward spiral began.

My father was the best combination of a realist and an idealist; he read the present as it was, but he also believed in the future. The future for him was America, so he supplemented the English he had learned in high school with a few lessons at the “Alianza Estadounidense,” sold one of the knitting machines to buy an airline ticket, and at the age of 37 sought to start anew in Philadelphia the summer of 1969.

A distant uncle asked him what skills he had, and he became an apprentice at a double-knit polyester fabric factory. Those days were the hey days of double-knit polyester, so he worked 12 hours a day, seven days a week, sending home via Western Union money orders, every dollar that he accumulated. The factory was manned mostly by Cuban exiles, so my Dad’s English was an optional skill, and they took him under their wing, teaching him to change threads and clear the machines of lint. They also explained to him that he was being cheated by the owner who should have given him overtime pay.  He started flipping jobs about once every two months, by that November he had landed a good paying union-job in SoHo, Manhattan, an experienced worker who, with novelistic imagination, presented a resume with many years of experience tending to many different types of knitting machines at the well-known conglomerate Clara Industries, based in Montevideo, Uruguay, references upon request.

In the meantime, my mother Clara worked the single remaining Passap machine, making clothes with the whatever stock remained or could be purchased cheaply, while taking care of a ten, nine, and three-year-old. Beds, machines and toys huddled together in a corner of my grandparents’ dining room.

We would get postcards from Dad regularly. I wish I still had them, but I remember clearly a Statue of Liberty for my brother and the Empire State Building for me. They were those crinkly postcards that portray motion when you look at them side by side. My father wrote in the back of my card that the building was so tall that your neck hurt when you looked up.

December came and my father knew that he could make a living in America, so he returned bearing gifts; a Meccano set for me, racing cars for my younger brother Gabriel, and a toy for my little sister Nancy that would stop people on the street to stare, a doll that walked on her own.  Our time together again as a family lasted a year, long enough to receive immigration papers. Dad then went back to replenish our funds before we would join him in the land where shelves were full of toys, buildings were indeed so high that your neck hurt, and football was played in full armor.

When I was going through my father’s papers after he passed away a few years ago, I came across the final letter he wrote my mother before we finally joined him. It was full of details about paperwork and passport photographs, about customs and money-changing, but it closed telling her that he loved her, and that soon we all be together again, our financial problems over for good. He was right. He eventually got a degree at our local community college by studying during the day while working the graveyard shift, we bought a house in the suburbs, and my father and mother spent many wonderful days traveling across Europe in retirement. They were able to see their children raise their own families in comfort, which my father often told me was his greatest source of pride.

With the internet at my fingers, it is easy to check the calendar for 1971. My overnight flight to America, where my father anxiously waited to present me with my future, left Carrasco Airport, Montevideo, Uruguay, on the evening of Sunday, June 20th, 1971, the third Sunday in June.