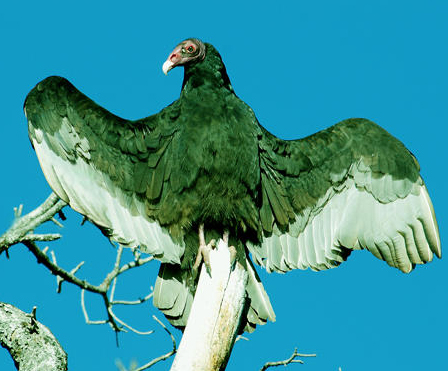 PEEC Amateur Naturalist
Climate Change and Green Vultures
By Robert Dryja
We have been considering the possible impact of climate change on bird species in Los Alamos and the north-central mountains of New Mexico. Two ways of evaluating possible change include: (1) consider species that are unique to areas of the north-central mountains and (2) consider species that are common throughout the mountains. Are unique species being replaced by common species?
A third way is to consider species that are strays or vagrants, (see “Western Birds” by Roger Tory Peterson). These are species that normally live in areas that are distant to New Mexico. A species that is now considered a stray may become common if a favorable habitat emerges as a result of climate change. A California condor (Gymnogyps californianus) arrived in Los Alamos last summer and is a recent example of a stray. It was possible to trace the condor back to the Grand Canyon in Arizona because a radio transmitter was attached to it.
There are several species of vultures and condors throughout North and South America. Like the California condor, vultures may fly great distances. Turkey vultures (Cathartes aura) have been coming to Los Alamos annually for the summer after spending the winter in Mexico. The black vulture (Coragyps atratus) in contrast remains in Mexico but there has been a rare sighting in the Roswell area, (see Cornell Laboratory of Ornithology E-bird files). Like the California condor, the black vulture can be considered an accidental stray or vagrant to New Mexico.
Vulture species are adapted to living in a generally warmer climate. However they may begin to be seen in areas that are becoming warmer as a result of climate change. Instead of being an occasional stray, various species of vultures may become common to the northern mountains of New Mexico. The Black vulture may be among them.
The King vulture (Sarcoramphus papa) is a startling and colorful contrast to the Turkey and Black vulture. It has blue, orange, yellow and purple colored feathers on its neck and head. An orange ring encircles each eye. It lives in Central and South America but perhaps it too could become a New Mexico stray or vagrant in coming years.
The Green vulture (Leprevultcher vulgaris) also is more colorful compared to a Turkey or Black vulture but for a different reason than the King vulture. The King vulture has its colorful feathers as a result of its genetics. The Green vulture instead has a symbiotic relationship with a species of algae. The Green vulture lives in isolated areas of tropical jungle that receive rain almost daily. Algae therefore can live on the Green vulture’s feathers since they are being wetted constantly
The algae benefits from being exposed to direct sunlight as a result of the vulture flying above trees during the day. Photosynthesis by the algae can occur continuously throughout the day. The underside typically is not as green-colored since this area does not receive as much sunlight. The Green vulture in turn benefits from the green algae. It is no longer as distinct to predators when it is sitting on tree branches, surrounded by leaves, in the evening or early morning.
Although startling, this type of relationship is not unique. The three-toed sloth has a similar symbiotic relationship with algae. The algae living on its fur creates a green coloration, helping to camouflage a sloth in a tree. The algae also are a source of food for the sloth. (Refer to “A syndrome of mutualism reinforces the lifestyle of a sloth”, Proceeding of the Royal Society B, Volume 281, Issue 1778, January 22, 2014. Link:
http://rspb.royalsocietypublishing.org/content/281/1778/20133006).
The Green vulture may be an early indicator of climate change for northern New Mexico. Bird watchers often are looking for the first arrivals of vultures in Los Alamos, typically sometime in March. Indeed, vultures were seen at the Omega roost by March 17 of this year, (Craig Martin note to PEEC birders.) Be watching for Green vultures this summer as an indicator climate change. 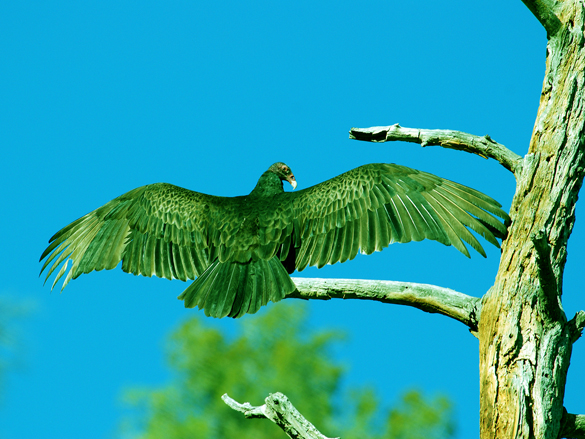 Back of green vulture—More green due to more algae growing on back. Photo by Sally King, Bandelier National Monument 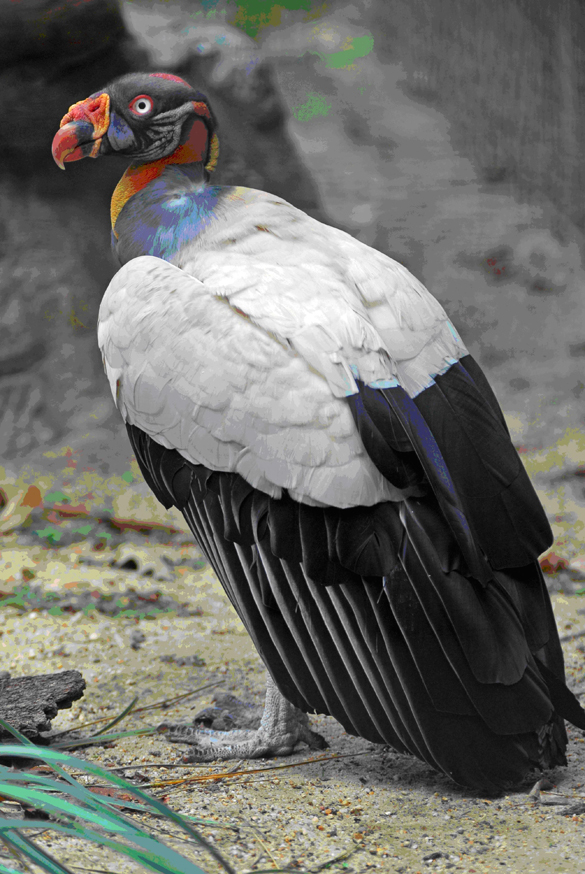 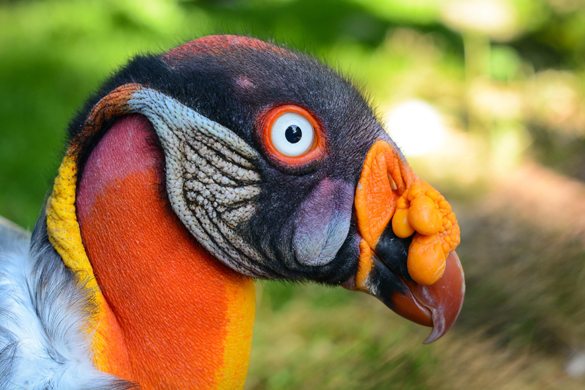 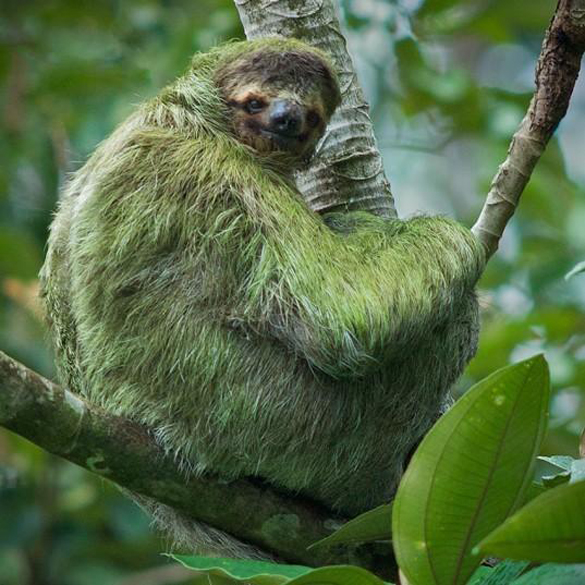