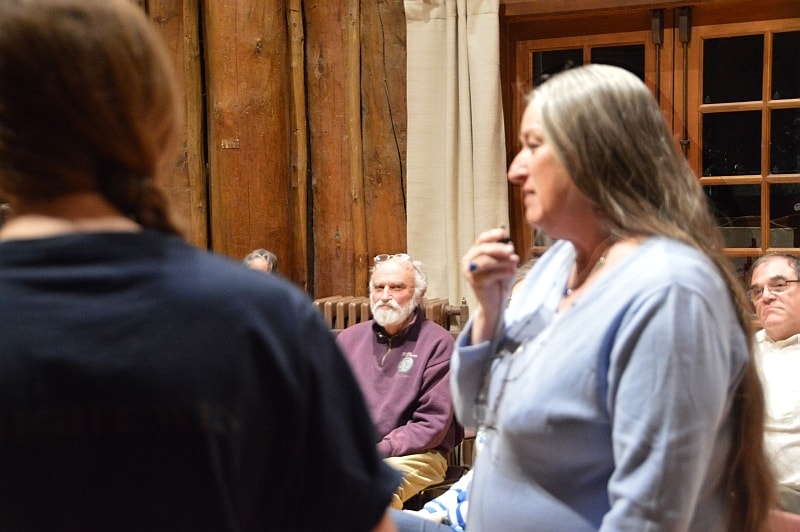 New Mexico Alzheimer’s Association Executive Director Tim Sheahan
Alzheimer’s Association News:
ALBUQUERQUE The Alzheimer’s Association, New Mexico Chapter announced that Tim Sheahan has been named its new executive director.
Sheahan has more than 20 years experience in the non-profit sector. Most recently, Sheahan served as the president and CEO of the Boys & Girls Clubs of Central New Mexico for seven years, as well as other Boys & Girls Club affiliates across the country.
“We are excited to bring Tim on board as executive director,” said Tracy Ayers, advisory board president of Alzheimer’s Association, NM Chapter. “His track-record in the non-profit world is impressive and we are looking forward to working with Tim as we continue to elevate the Association’s work in the diverse communities of New Mexico. We believe Tim can uniquely contribute to that cohesiveness we’ve established in all regions of our state.”
Sheahan viewed the opportunity to join the Alzheimer’s Association, New Mexico Chapter as a chance to make positive change in the state with regard to the cause, having experienced the devastating effects Alzheimer’s disease has on families in his own background. Sheahan’s mother passed away from Alzheimer’s after a seven-year battle with the disease.
“I believe this personal experience helped me understand the hardships and challenges that families dealing with dementia are faced with every day,” Sheahan said. “My wife Cheryl and I are both excited by my new adventure joining this great organization. I could not be more motivated to take the New Mexico Chapter to the next level.”
Sheahan’s first day in his new role is July 1.
Today, 5.8 million Americans are living with Alzheimer’s disease, including an estimated 200,000 under the age of 65. By 2050, the total number is expected to rise to 14 million. It is the sixth leading cause of death in the USA*.
There is no prevention, proven treatment or cure for Alzheimer’s.
Alzheimer’s takes a devastating toll – not just on those with the disease, but on entire families. In our own state, 41,000 New Mexicans are suffering from Alzheimer’s. They are cared for by 108,000 unpaid caregivers, many of whom are members of their own families.
The Alzheimer’s Association is the largest and most impactful nonprofit funder of Alzheimer’s and dementia science in the world. Currently, the Association is investing over $165 million in more than 450 projects in 25 countries.
Call the 24/7 Helpline for support or information at 1.800.272.3900.
The Alzheimer’s Association, New Mexico Chapter offers many free services and resources to caregivers and families facing the disease: support groups, care consultations, respite, educational presentations, safety programs, information and referral and more.
Five Alzheimer’s Association branch offices:
All offices may be contacted by calling 1.800.272.3900.
*Source for all statistics: The 2019 Alzheimer’s Disease Facts and Figures report at www.alz.org/facts.
About the Alzheimer’s Association®
The Alzheimer’s Association is the leading voluntary health organization in Alzheimer’s care, support and research. Its mission is to eliminate Alzheimer’s disease through the advancement of research; to provide and enhance care and support for all affected; and to reduce the risk of dementia through the promotion of brain health. Its vision is a world without Alzheimer’s®. Visit www.alz.org or call 1.800.272.3900.
Menu
Los Alamos
75°
Fair
5:49am8:25pm MDT
Feels like: 75°F
Wind: 14mph S
Humidity: 32%
Pressure: 30.21"Hg
UV index: 0
TueWedThu
90/66°F
88/64°F
82/63°F
Weather forecast Los Alamos, New Mexico ▸