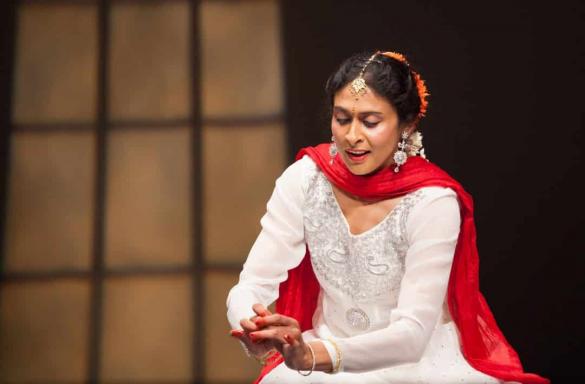 Alina Deshpande performing in a prior Dances of India show is the director of Ali Baba and the Four Thieves 4-6 p.m. Saturday at Smith Auditorium. Photo by Elena E. Giorgi 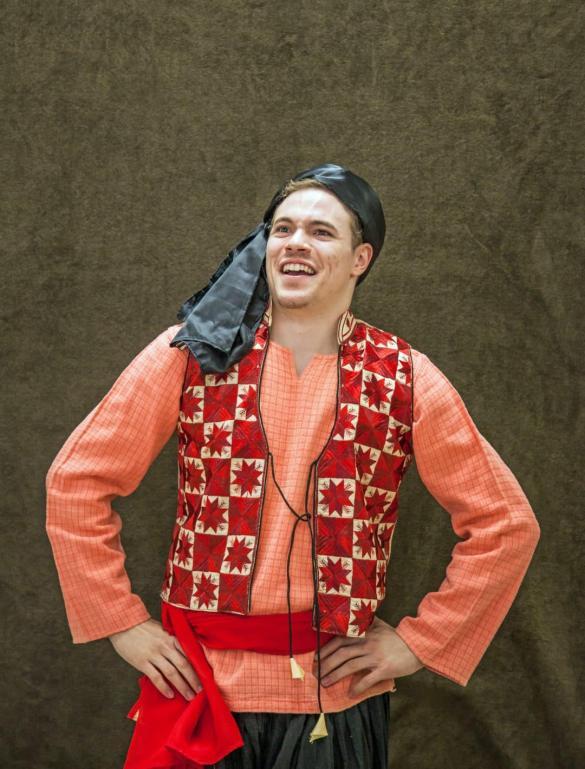 Alina Deshpande’s life brings new meaning to the phrase, “As different as night and day”. During the day she is the Group Leader of B-10, the Biosecurity and Public Health Group in the Biosciences Division at Los Alamos National Laboratory, but during her time away from work her passion for Indian dance kicks in.

A native of the city of Pune in the western India state of Maharashtra, Deshpande began her Kathak dance training there when she was 10 years old and continued until she was 21 when she moved to the United States. Since then, she has gone from taking her passion for dance to a whole other level, producing and directing annual dance shows that re-tell popular stories through dance.

This year’s show, slated for 4-6 p.m. Saturday in Smith Auditorium, is based on one of the lesser known themes from Arabian Nights, Ali Baba and the Forty Thieves.

“I changed the name to “Ali Baba and the Four Thieves” because we don’t have 40 thieves, we only have four,” Deshpande said with a chuckle.

She said she began teaching the Northern India classical dance form Kathak in Los Alamos when her daughter Ashvini Vaidya turned 6 in 2004. Deshpande’s goal was to share aspects of her roots with Vaidya but soon several friends and their daughters joined the group, which expanded enough for Deshpande to stage major productions over the last few years to showcase her students.

The popularity of the annual productions such as Cinderella, Aladdin, Beauty and the Beast and Doll Story, a version of Toy Story, has made it necessary for the shows to be presented at Smith Auditorium.

Deshpande said she adapted the story of Ali Baba to be family friendly while keeping the basic elements. She said she wove in Indian dances and recruited guest dancers from the community. Saturday’s show will include belly-dancing, Bollywood Fusion by Dance Arts Los Alamos, folk dances from India and Bharatnatyam, a southern India classical dance form.

“Ali Baba and the Four Thieves” promises drama, tons of color and a lot of bling in an interesting combination of storytelling and dance with lots of different types of costumes,” Deshpande said. “She said the four thieves in the show are all graduating Los Alamos High School seniors, which is bitter sweet for her. She is not identifying the “thieves” until the performance.

No tickets are required for Saturday’s show but donations of cash or checks will be accepted to benefit the YMCA Thrissur’s Education and Skill Development Program for Children at Risk. The suggested donation is $10 for adults and $5 for children 10 and under. Indian snacks also will be sold during the intermission.

Deshpande’s dance class held at The Family YMCA is comprised of dancers from five to 50 years old. The beginners class is 3-4 p.m. and the intermediate/seniors class is 4-5 p.m. Deshpande invites community members to stop by and observe to see if they are interested in joining the class. She said her “big city” friends are surprised to hear that 50 percent of her dancers are non-Indian.

“People in Los Alamos are open to and interested in other cultures and are excited to learn Indian dance,” Deshpande said. 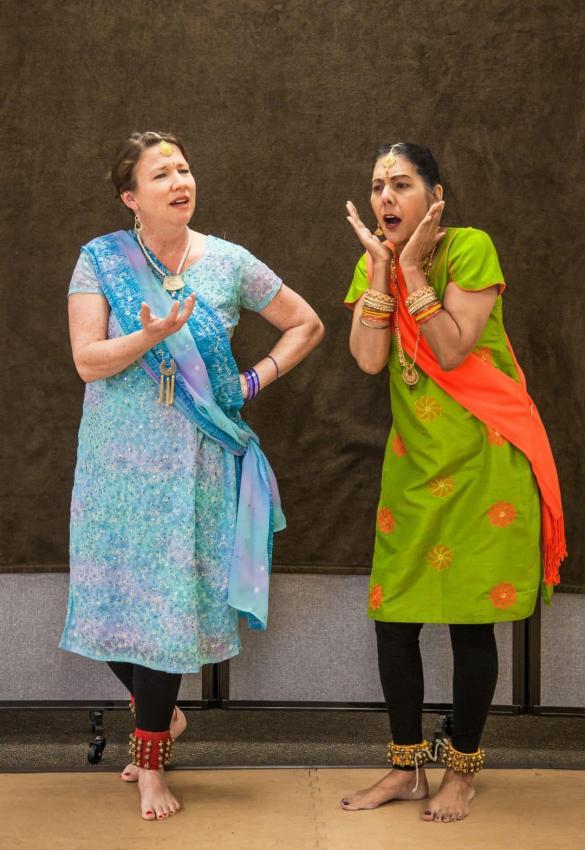 Villagers in Saturday’s performance of Ali Baba and the Four Thieves are Jodi Smithspier, left, and Shasha Charles. Photo by Elena E. Giorgi 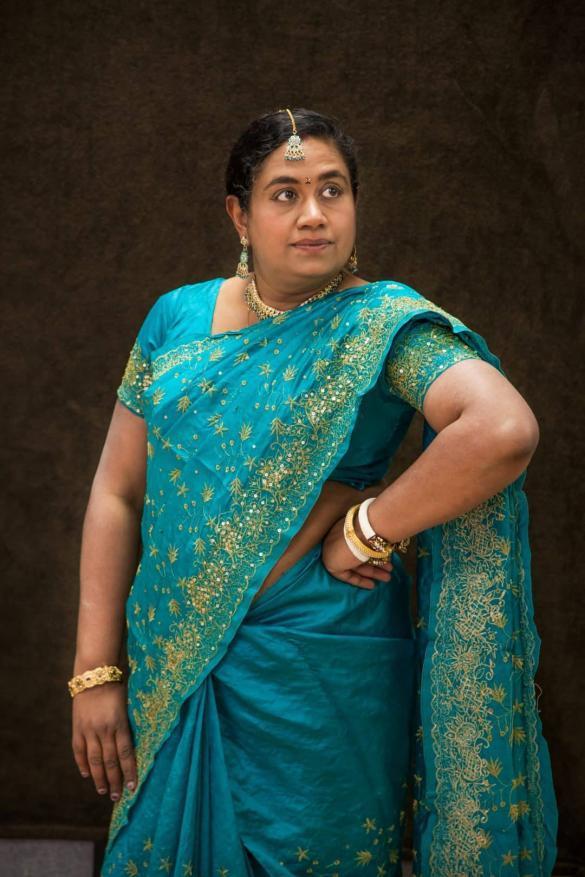 Nileena Velappan plays the part of the queen in Saturday’s Dance of India performance, Ali Baba and the Four Thieves. Photo by Elena E. Giorgi