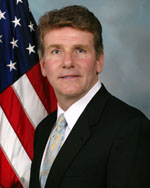 ALBUQUERQUE — The two Chief Scientists of the Air Force Research Laboratory in New Mexico have been honored with the 2015 Presidential Rank Award.

The awards, which were presented last week in Washington, D.C., are given annually to a small number of senior federal government executives and professionals for extraordinary service, and are decided on by the President of the United States.

Dr. Robert Peterkin, Chief Scientist for Directed Energy, and Dr. Greg Spanjers, Chief Scientist for Space Vehicles, were among this year’s 13 Presidential Rank Award winners from the entire Air Force. It is rare that two AFRL Chief Scientists receive the award in the same year. It is even more extraordinary that they both work in Albuquerque. 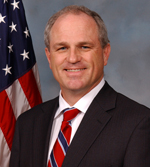 “This recognition is testament to the great work done by all of the innovative Air Force scientists, engineers, and support staff at my Directed Energy Directorate,” Dr. Peterkin said. “I’m particularly proud of the work my AFRL colleagues and I did to learn how to simulate with exquisite precision on large supercomputers all of the detailed physics of a new class of high power electromagnetic devices. This was a critical enabler for our well-known 2012 Counter-electronics High power microwave Advanced Missile Project (CHAMP) flight demonstration that dramatically demonstrated electromagnetic disruption of electronic systems.”

“Few could accept this wonderful award without acknowledging all the amazing and talented people who have worked so hard with me over the years, and also deserve this recognition,” Dr. Spanjers said. “This honor is only exceeded by my own personal good fortune to have been able to devote my career to working on this country’s and the Air Force’s space enterprise.”

Dr. Spanjers oversees the development of advanced space technologies for critical Air Force missions including intelligence, surveillance and reconnaissance, space situational awareness, space communications, and position navigation and timing. He is being honored for his sustained and groundbreaking achievements in delivering game-changing impacts on current and future DoD space systems. He has led many spacecraft experimental programs for the Air Force, ranging from the characterization of the space environment under normal and potentially abnormal conditions, to space sensor programs that address the rapid detection of difficult-to-detect missile launches, to innovations in novel space launch technologies and capabilities that enable the simultaneous launch of many satellites on a single rocket. In addition, Dr. Spanjers serves as the AFRL Capability Lead for science and technology investments in both Space Superiority and Nuclear Deterrence.

Dr. Peterkin is responsible for all Air Force research and development in the areas of high energy lasers, high power microwaves, dense plasmas, and advanced optical technologies for space applications. He is being honored for his prolific research and technical leadership of new Department of Defense directed energy technologies including high power electromagnetics and high energy lasers for national security applications. Dr. Peterkin invented the concept of Virtual Prototyping of high power electromagnetic devices, and this was the critical enabler for CHAMP.