AIA Lecture: South Korea – The Rise To Globalism May 3 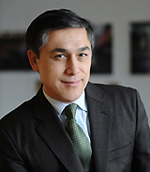 Dr. Armstrong is the Korea Foundation Professor of Korean Studies in the Social Sciences in the Department of History at Columbia University.

Until the close of the twentieth century, Korea had never in its modern history been a major economic or political force in the East Asian region, much less the world at large. Yet despite the continued division of the Korean peninsula and the uncertain security environment in Northeast Asia, South Korea on its own has become an important country in the global economy, ranking 13th in the world in overall gross domestic product.

Its ships, cars, and electronics have become name-brands throughout the world; its popular culture has swept over the East Asian region and beyond; and, only a few decades removed from deep dependence on foreign aid, South Korea has established its own aid and development program for assisting Third World countries.  In less than half a century South Korea has been transformed from a war-ravaged dictatorship to a high-tech democracy and an important global force in technology, economy, culture and security.

This transformation challenges many assumptions about how we have understood the phenomenon of globalization, especially the idea that globalization is a strictly Westernizing or Americanizing phenomenon. In some respects the world, Asia in particular, is becoming significantly “Koreanized.”

The lecture is open to the general public and includes a Q&A session after the lecture. The cost is $15 for AIA members and $20 for non-members. High school, college and university students (under 26) with student ID receive free admission.

For further information about the lecture, visit the AIA website: www.abqinternational.org

The Albuquerque International Association (AIA) is a division of the Center for International Studies (CFIS), a 501(c)(3) non-profit organization dedicated to providing better international education and enhancing global awareness for all New Mexicans. Through the International Lecture Series (ILS), AIA brings outstanding national and international experts to present, share insights and lead discussions about critical global trends and issues. The Global Skills for Young Adults (GSYA) program targets high school and college students and provides free lectures, exposure to international leaders and a mentorship program with AIA members who have lived and worked abroad in such areas as foreign service,  international business and banking, and other international organizations. Since 2007, AIA has organized 245 events, attended by over 20,000 people representing business, civic and academic leaders and individuals interested in learning more about critical issues facing our world.