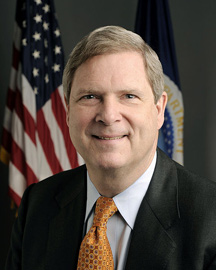 The projects include more than $45 million for smart grid technology, $73 million for renewable energy projects and over $213 million targeted to benefit Native Americans. This funding will build or improve more than 6,500 miles of line to deliver electricity to rural America.

“This funding is part of the Obama Administration’s vision for a new rural energy economy and USDA’s commitment to creating economic opportunity in rural America. Investments in smart grid technologies will continue to modernize our nation’s electric system and improve operational efficiencies,” he said.

“The modernization of the electric grid in New Mexico is extremely important if our economy is going to grow because if we don’t have good electric service we can’t create new jobs,” USDA Rural Development State Director Terry Brunner said.

Among the projects being funded is the Navajo Tribal Utility Authority, which serves rural electric consumers in Arizona, New Mexico, and Utah. The utility will receive funding of nearly $168 million to build approximately 1,215 miles of line, invest in smart grid technologies and make other system improvements. Nearly 3,800 rural electric consumers in the three states will see direct benefits from this investment. Of the $168 million in funding, more than $166 million will serve Native Americans.

Also Tri-State Generation based in Colorado will receive three loans for over $318 million that will be used to finance upgrades and modification to existing generation facilities in various parts of New Mexico and to also upgrade the infrastructure in numerous communities in Colorado, Nebraska and Wyoming.

And, Kit Carson Electric Co-Operative in Taos will be receiving a $33 million loan to build 284 miles of distribution line, and make other system improvements. The loan amount includes $2,202,800 for smart grid projects and $1,084,803 for service to Native Americans. Altogether, the funds will directly serve 1,346 consumers.

Both South Dakota and Alabama are part of USDA’s StrikeForce for Rural Growth and Opportunity which leverages community resources in persistent poverty areas in targeted states.

Secretary Vilsack said that today’s announcement is another reminder of the importance of USDA programs rural America. A comprehensive new Food, Farm and Jobs Bill would further expand the rural economy, Vilsack added, saying that’s just one reason why Congress must get a comprehensive Bill done as soon as possible.