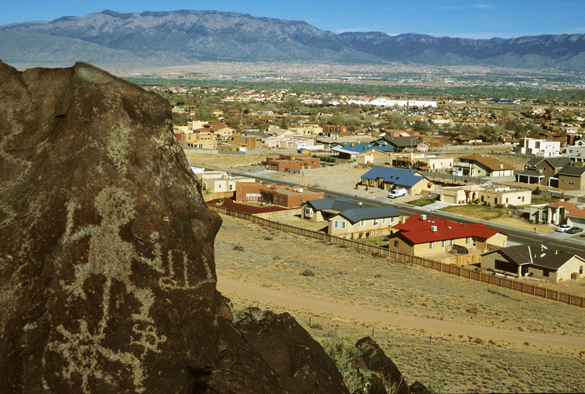 New Mexico Attorney General Hector Balderas is suing a businessman fro deceptive seller-financed home sales in Albuquerque. Courtesy photo
STATE News:
A New Mexico businessman claimed to help low-income Spanish-speaking families by finding them foreclosed homes to buy and, in some cases, financing the deals.
But the state’s attorney general said Wednesday that Jesus Cano of Albuquerque deceived dozens of consumers by misrepresenting the conditions of the often poorly maintained homes he sold. Sometimes Cano sold houses he did not even own, the attorney general said, and at other times he tried to sell the same property to more than one family simultaneously.
Cano and his firm, JSS, were sued by the New Mexico attorney general in state court, alleging that his real estate and home financing activities revealed a pattern of “unfair and deceptive trade practices and unconscionable trade practices.”
Officials indicated other parties could be added later to the civil complaint, which seeks restitution and civil penalties.
This year, officials began investigating complaints about seller-financed home sales aimed at immigrant and Spanish-speaking communities. New Mexico is one of more than a dozen states where investment firms have bought decrepit homes in the aftermath of the foreclosure crisis and resold them to low-income families through either long-term installment deals called contracts for deed, or rent-to-own transactions.
“Families everywhere struggling to afford a home need to be aware that real estate contracts do not provide the same protections offered by a mortgage,” Balderas said in a statement. “They should know that, among other things, a buyer who defaults on a seller-financed real estate contract could face imminent eviction and lose all of the payments made on the property.”
Seller-financed deals can provide an alternative to families who want to own a home but cannot get a mortgage because of poor credit or an unwillingness of banks to write loans for under $100,000. But the transactions often lack basic consumer protections and have begun to draw scrutiny from the federal Consumer Financial Protection Bureau and state regulators.
The investigations were prompted in part by a series of articles in The New York Times on the revival of seller-financed home deals.
State officials said in their complaint that Cano and his firm initially used a sparse contract written entirely in Spanish but later switched to a longer English contract that provided him with more legal protections. In some cases, the English contracts also outlined one important piece of information: Cano and his firm did not always own the property at the time the document was signed. He also required customers to make a “good faith deposit,” from $1,500 to $46,000, for homes that New Mexico officials said were often “substandard” and had “defective plumbing” and “defective electrical wiring,” according to the lawsuit. Often, customers lost their deposits because Cano refused to refund the money, the authorities said.
In an interview, Cano said he disputed the allegations, and said some of his business practices had been mischaracterized. He said he had yet to see the suit.
“I buy homes and sell them,” Cano said. “The customers look at the homes, and they know exactly the conditions of the homes before they buy them.”
Cano’s deals required his customer to either buy the homes outright or enter into a financing agreement with his firm. The company tended to charge 12 percent interest on loans that were paid in monthly installments, according to a Spanish-language version of the contract.
Officials also said Cano was backed by a group of investors and corporations, who were unidentified.
He marketed his services by posting fliers on businesses primarily serving Spanish-speaking people and in churches mainly attended by Spanish-speaking congregants, according to officials in New Mexico. He also used his Hispanic heritage to ingratiate himself with potential customers, officials added.
“No one in this country deserves to have their dreams for a better life for their family exploited and destroyed,” Balderas said.
Menu
Los Alamos
45°
Fair
7:24am6:13pm MDT
Feels like: 37°F
Wind: 15mph W
Humidity: 32%
Pressure: 30.12"Hg
UV index: 0
ThuFriSat
59/37°F
63/41°F
64/41°F
Weather forecast Los Alamos, New Mexico ▸