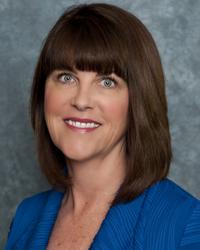 The New Mexico Association of Commerce and Industry (ACI) announced Thursday that its president and CEO, Dr. Beverlee McClure, has accepted the position of president of Adams State University in Colorado.

ACI Board Chair Dan Girand congratulated McClure.  “Beverlee has done an outstanding job leading and growing ACI for almost a decade.  She has worked tirelessly to strengthen New Mexico’s economy, and our state is better for her contributions.”

McClure, who will depart ACI at the end of next month, expressed confidence in ACI’s future. “ACI’s great strength is that it is an organization led by, driven by, and supported by its members. Every policy position ACI takes comes straight from New Mexico businesses, and New Mexico’s business leaders are still committed to a stronger future.

It has been an honor to work alongside our state’s best and brightest for the past nine years. With an excellent and committed staff, board, and members, ACI is well-positioned to continue promoting policies that mean more jobs and better opportunities for New Mexicans.”

ACI is governed by a board of directors and Executive Committee, comprised of ACI members from New Mexico’s business community. Girand said the Executive Committee and Board will name a new executive soon.  In the meantime, he emphasized that ACI’s advocacy, education, and resource offerings will continue as usual.

“Dr. McClure has graciously set us up for a smooth transition, and I have every confidence in ACI’s vice presidents and other staff,” Girand said. “The bottom line is that ACI is getting things done, and that’s not going to change. ACI members can rest assured that the unparalleled access, voice, and information they’ve come to expect from us won’t skip a beat.”

ACI’s legislative team saw a large number of legislative victories during the recently-ended 2015 session, with several major priority bills signed into law earlier this week and others passing both chambers with broad bipartisan support.