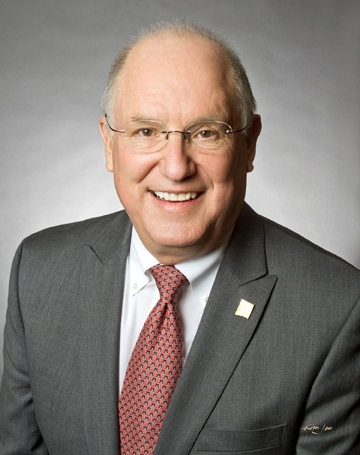 Unions have made huge contributions throughout America’s history – Social Security, child labor laws, the forty-hour work week, and so on. Working men and women make enormous contributions to our country daily.

Here in New Mexico, the building trades unions successfully fought a recent legal battle to ensure that workers are treated fairly through enforcement of the prevailing wage law.  This will improve the economic conditions of workers’ families. Prevailing wage laws open a door to career paths for young people. They deliver increased productivity and economic growth.

Our state Supreme Court has been vigilant in protecting the wages and benefits of workers. Earlier this summer the Court struck down a key policy of Governor Susana Martinez’s Workforce Solutions Department (DWS) that wrongly withheld the pay of workers on road and construction projects financed with state dollars.

The Court’s opinion said workers on public projects like school construction and road repair were shortchanged by the State of between 5 and 35 percent of the pay that was due them over five years.  For a worker earning $43,000 annually, for example, that might mean having a $14,000 cut.

The justices ordered the State to halt the practice immediately. Such labor victories are rare these days.

The issue centers on ‘prevailing wages’. New Mexico has a law on the books, like many other states that requires construction wages and benefits paid under State contracts must be no lower than locally prevailing wages and benefits for the same kind of work. It is a minimum wage law applicable to skilled workers on taxpayer-financed construction projects.   The prevailing wage rate is market based, the result of collective bargaining agreements between employers and employees’ unions.

Prevailing wage laws like ours have long operated as a check against the tendency of some in the construction industry to engage in destructive wage and price competition. Such competition can drive skilled and experienced workers from the industry, reduce work quality, productivity and job safety. It also can lead to race-to-the-bottom, poverty-level jobs – all without saving the taxpayers any money.

The Administration wants to repeal New Mexico’s prevailing wage law. It has been unsuccessful in doing so. Instead the DWS simply refused to comply with the law, resulting in thousands of workers on public projects being deprived of their rightful pay.

Proponents of repeal say it will knock down construction costs. To be sure, we all want efficiency in spending scarce state dollars on needed public projects.

But research shows that prevailing wage laws do not raise costs to government. Contrary to the simplistic views of those who want the law repealed, higher wages do not lead to higher contract costs.

The reason is simple: higher wages produce better trained workers who are more productive. Family-sustaining wages, health coverage and pensions attract and retain workers. A skilled electrician, for example, with years of experience can problem solve and do the job more quickly and right the first time. This know-how translates into lower costs due to fewer expensive errors and less need for supervisors.

Higher retention lowers recruitment and screening costs. And higher wages promote the use of labor-saving technology and management practices that keep per-square-foot costs low. Projects come in under-budget, ahead of schedule, with fewer injuries and lower worker compensation costs.

According to the Economic Policy Institute, “prevailing wage laws can enhance state revenues, industry income, and non-wage benefits for workers; lower future maintenance and repair costs, reduce occupational injuries and fatalities, and increase the pool of skilled construction workers – to the benefit of both the public and the construction industry”.

The Administration’s spokesman called the Court’s order to enforce the law “a huge loss for taxpayers”. Nothing could be further from the truth.

“It’s time to protect the paychecks of New Mexico workers. It’s commonsense and it’s long overdue,” Gov. Martinez declared in her State of the State address earlier this year.