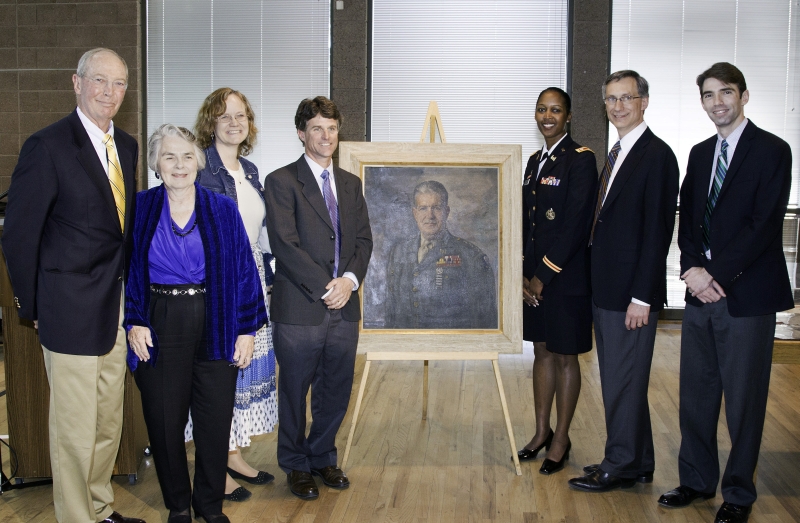 He was known as a gruff taskmaster – even called “arrogant” by some.

But Gen. Leslie Groves teamed with some of the world’s foremost scientists to run the Manhattan Project, which produced world-changing nuclear technology and brought an end to the last war of global scale. 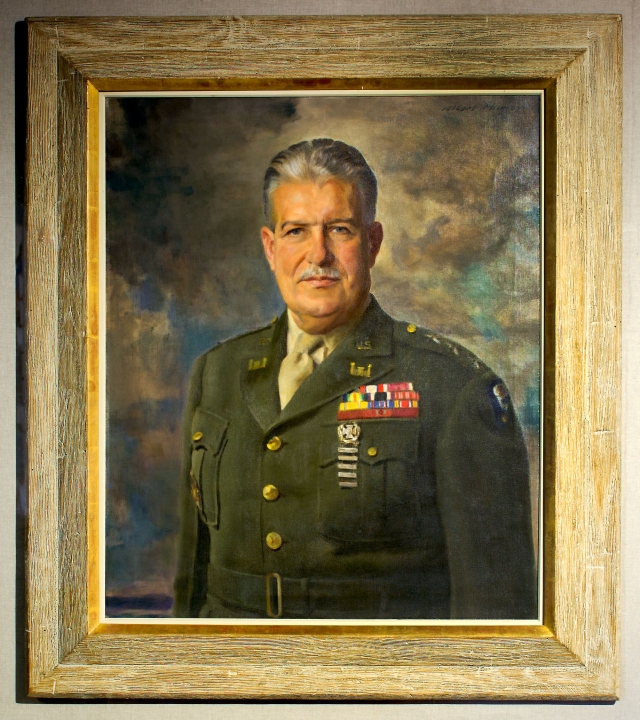 Friday, as part of commemorations of the 70th anniversary of Los Alamos National Laboratory, the family of Gen. Groves donated his official military portrait to the Los Alamos Historical Society.

Groves was commander of the Army Corps of Engineers Manhattan Engineer District.

Charlie McMillan is the 10th director of the Laboratory, the latest in the line of successors to Groves’ scientific counterpart J. Robert Oppenheimer.

“In an astoundingly short period of time, Gen. Groves created the places where the world’s best minds would solve our most pressing national security problems,” McMillan said. “And that work continues today.”

Also present at Friday’s unveiling was Lt. Col. Antoinette Gant, commander of the Albuquerque District of the Army Corps of Engineers.

“The Corps and Los Alamos were fortunate to have Gen. Groves,” Gant said, “is drive, his expertise, and his experience. The Manhattan Project did not ‘just happen,’ as the author Robert Norris wrote. ‘It happened in a certain way. The Groves way.’”

For more information on the Laboratory’s history, click here.