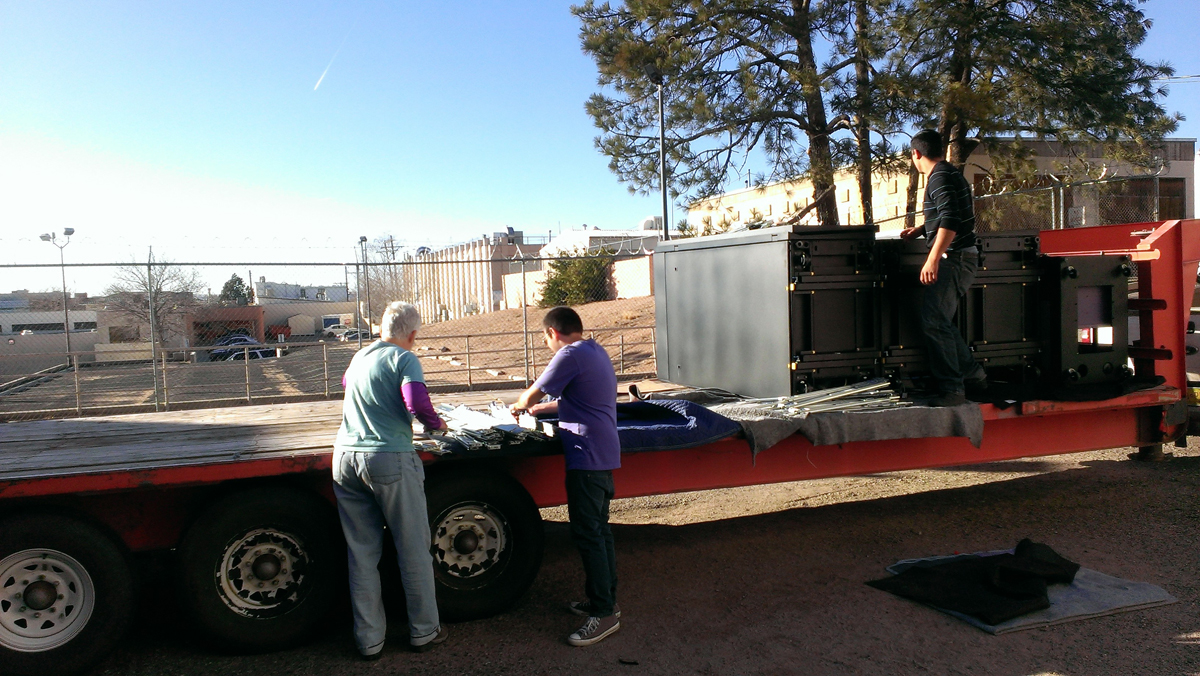 The New Mexico Consortium (NMC), one of the largest technology-based businesses in Los Alamos County, has repurposed a supercomputer cluster by giving it to one of its partners, the University of New Mexico (UNM.) The 120-node/960 core, AMD/Infiniband-based system will be housed at the UNM supercomputer center, the Center for Advanced Research Computing (CARC), and made available for parallel research computing use by faculty and students at UNM, New Mexico Tech and New Mexico State University.

The NMC is expanding its computing power for its NSF-funded PRObE supercomputing initiative, and is in the process of receiving a repurposed supercomputer cluster from LANL. In order to make room for the 1,800 “new” nodes coming from Los Alamos National Laboratory, the NMC coordinated with CARC to deploy these “previously owned” NMC nodes for use by students and faculty at UNM, NM Tech and NMSU.

Given the name Ulam, after renowned mathematician and Manhattan Project scientist Stanislaw Ulam, the computer is now housed at UNM, and is in the process of being configured and deployed for production use in two phases. In the first phase (early February), CARC will bring up two racks (160 cores) for general use; the second phase will begin later this spring, upon completion of the Center’s current infrastructure expansion.

“We are delighted to receive this gift from the New Mexico Consortium,” CARC Director Dr. Susan Atlas said. “Ulam will join the Metropolis supercomputer we received from the NMC almost two years ago, bringing the total number of cores from the NMC in production use at UNM to 1,100. Advanced computing needs are growing exponentially in all areas of science and engineering; Ulam will play an especially important role in supporting high-throughput, next-generation sequencing and genomics applications for researchers at the UNM Department of Biology and the UNM Cancer Center.”

One goal of the NMC is to support education and science efforts in New Mexico. Repurposing this large-scale machine for use with NMC’s university partners strengthens science research and educational efforts in the state.

“It’s great to be able to reuse this equipment again. It still has lots of useful life to it, and we’re hoping that this will be a resource that faculty and students at UNM and other New Mexico universities can make good use of,” said Information Systems Manager Andree Jacobson at the NMC.

The computer was sent from Los Alamos to Albuquerque in two shipments; the first, consisting of the 120 nodes, was shipped to UNM in December. The second, consisting of racks, switches and cables, arrived at UNM Jan. 16.

About the New Mexico Consortium

The goal of the NMC is to develop and continually improve models for pursuing collaborative research across partner institutions. This establishes the foundation for vibrant interdisciplinary, cross-institutional research and puts the NMC in a unique position to tackle global grand challenges.

For more information, contact Shannan Yeager at syeager@newmexicoconsortium.org or 505.412.6898.